Bergen – the fjord capital of Norway 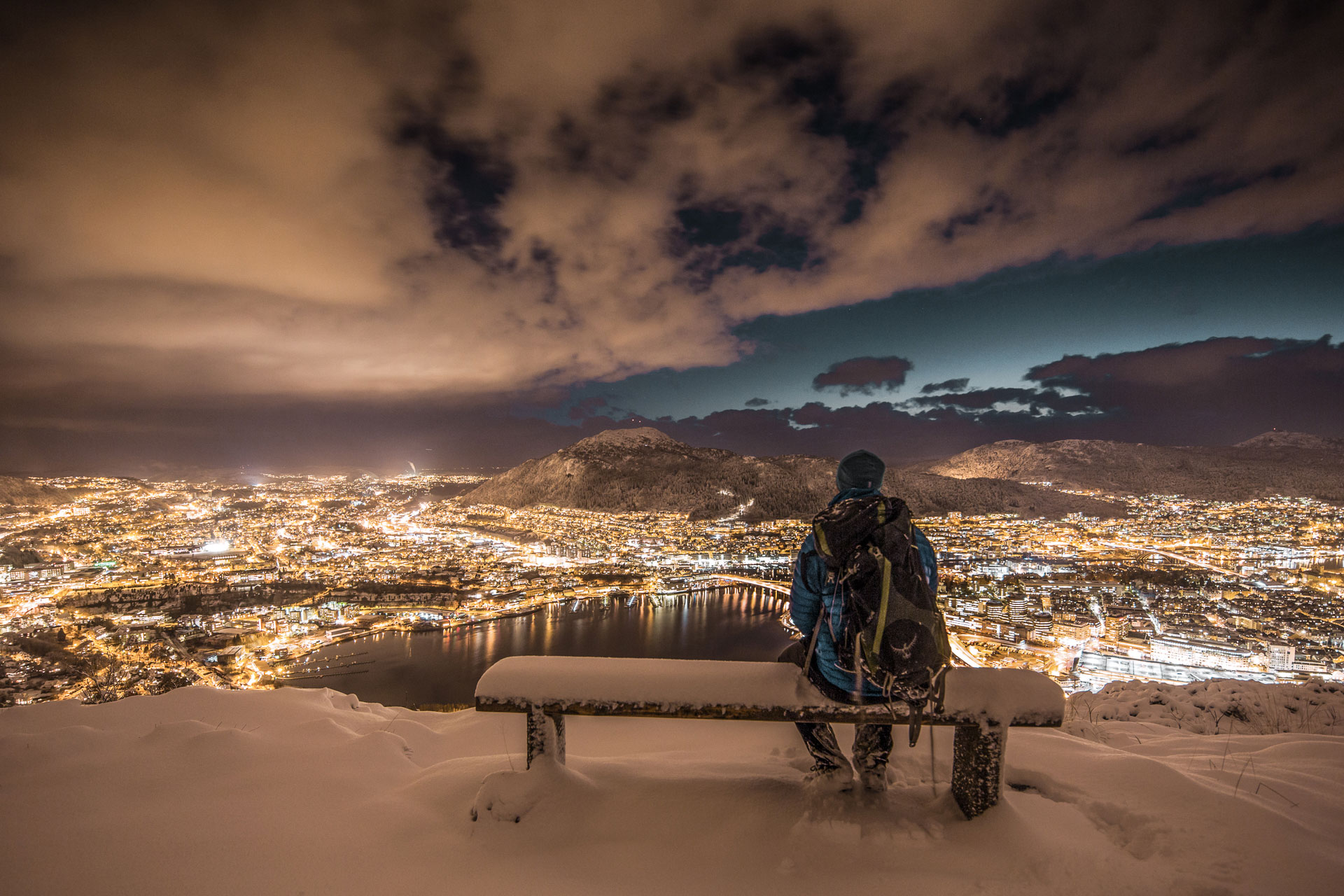 Source: visitbergen.com
Photographer: Espen Haagensen
Idyllically situated on the west coast of Norway at the entrance to some of the most majestic fjords in the world – Bergen is a bucket list destination. The city of some 300,000 inhabitants in 2019 hosted over 3 million visitors, while the network of Bergen Airport served 50 international destinations.

The international traffic at Bergen Airport has shown an average of 4% growth per year for the last 10 years as the graph below shows. 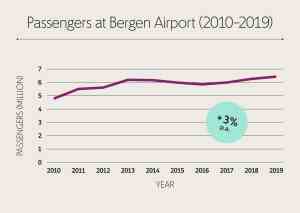 The drivers for traffic growth include:

The mix of international businesses, tourism, cruise, students and a population of Bergen that loves to travel makes routes to Bergen resilient and sustainable.

Please contact us to find out more, and to discuss the data and the opportunities available!

This 950 years-old historical city is situated on the west coast of Norway and has always been a city of international trade and cooperation. Today Bergen is listed as one of the top destinations to visit – thanks to the combination of spectacular nature, charming city centre and a lively cultural scene. At the doorstep of Bergen you find the landscape that inspired the makers of Disney's Frozen. The world heritage UNESCO listed fjords are attracting visitors from all corners of the world; all year round. These fjords have been the primary driver for growth for decades and have also attracted major cruise operators such as Hurtigruten and Viking Cruises who have their turnaround ports in Bergen. The cruise segment has shown a yearly 10% growth over the last decade.

While it has taken a hit by the corona crisis, the industry is now in the process of reinventing itself – which can lead to new and unexpected opportunities. Meanwhile, Bergen and the fjords have such a variety of attractions catering to diverse interests that the region is in a good position for a successful restart of the tourism sector – especially since the west coast is emerging as the sustainable destination in Norway, meeting post-corona needs. As a European City of Culture, Bergen’s art, music, and food scene rivals that of large European capitals. It’s a city of contrasts, with new and old juxtaposed throughout. The 1000-year-old heritage of UNESCO listed Bryggen anchors a city kept youthful by its 40,000 students. The city is surrounded by seven mountains, a landscape that brings nature close to the city – as well as a lot of rain. This keeps the city green, and may also be what inspires the inhabitants of Bergen to travel. And they travel a lot – both to sunny destinations and to some of the 50 other direct international routes served from Bergen.

Once a part of the lucrative Hanseatic stockfish trade network of Europe, modern-day Bergen is a major player within the petroleum sector, hydroelectric power and renewable energy sources.

As one of Europe's largest ports, the region is also home to a thriving shipping industry. An important sector of growth is aquaculture; the largest fish producers in the world are located in Bergen, and the city is a leader in aquaculture innovation. International business traffic has doubled in the last ten years, and with the businesses’ international focus, it will surely continue to grow in the future. 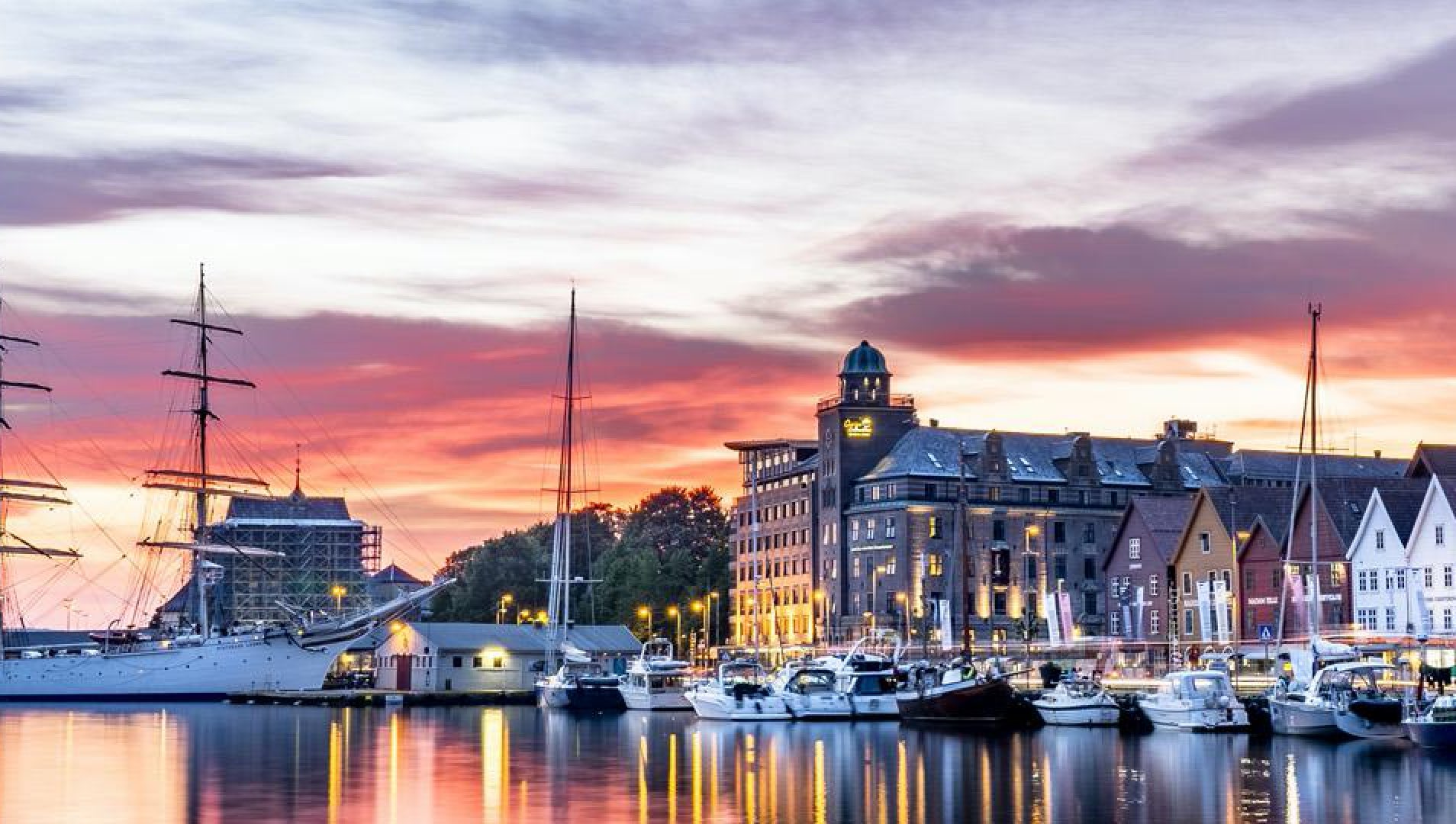 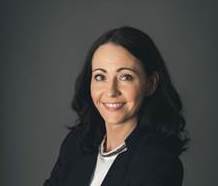