Norway’s first-ever electric-powered flight took place in June. The flight represents a milestone in the efforts to electrify Norwegian aviation. 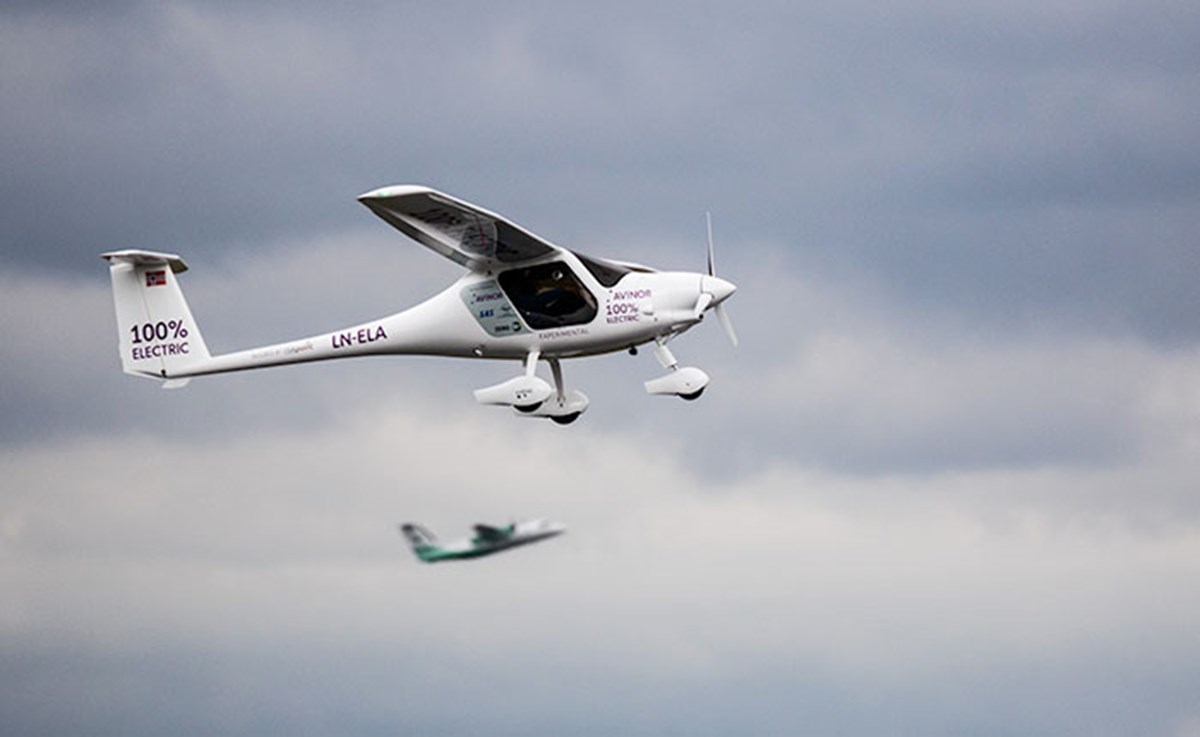 His passenger on the first ride was Norway’s Minister of Transport and Communications, Ketil Solvik-Olsen.

“The Norwegian government has tasked Avinor with developing a programme that paves the way for the introduction of electric aircraft in commercial aviation. It was a great experience to be part of this flight and witness the evolution of aviation,” says Solvik-Olsen. Norway’s Minister of Transport and Communications (to the left) and Avinor’s CEO took part in Norway’s first electric-powered flight at Oslo Airport.

Avinor and aviation industry partners are working to help Norway become a world leader in electric aviation. The objectives are for Norway to be the first country where electric aircraft account for a significant share of the market, and to electrify Norwegian domestic aviation by 2040.

Along with energy saving measures, the ongoing modernisation of aircraft fleets and the introduction of sustainable biofuel, electric aircraft can help reduce total greenhouse gas emissions from Norwegian aviation in the coming decades. As electric engines cost much less to operate than current engines, this will result in lower prices for flight tickets.

Avinor does not intend to charge landing fees for electric-powered light aircraft and will allow them to recharge at no cost until 2025. The government has asked Avinor to develop a programme for the introduction of electric aircraft. This will involve an evaluation of the various tools required to make the electrification of passenger aviation a success. In addition, Avinor will consider other key consequences, including possible conflicts between objectives, consequences for the climate and environment, and the effect on competition in Norwegian aviation.

Well-suited to the electrification of aviation

With its vast mountainous regions and long distances between towns and cities, Norway depends on an efficient aviation sector. The country has many airports spread the length and breadth of the country. Some flights are short with relatively few passengers.

“The Norwegian short-leg domestic network is ideal for trying out the first commercial electric-powered flights, which are expected to have a limited range and capacity,” says CEO Falk-Petersen.

“There is also substantial political willingness in Norway to establish a framework that promotes electrification in other transport sectors, such as road traffic and ferries. In addition, Norway’s capacity for renewable energy makes electrification particularly attractive from a climate perspective,” emphasises Falk-Petersen.